The Twelfth North Carolina Workshop with Yuan Zhou was held May 24, 2020. This was the first workshop the Triangle Go Group held on the Internet. 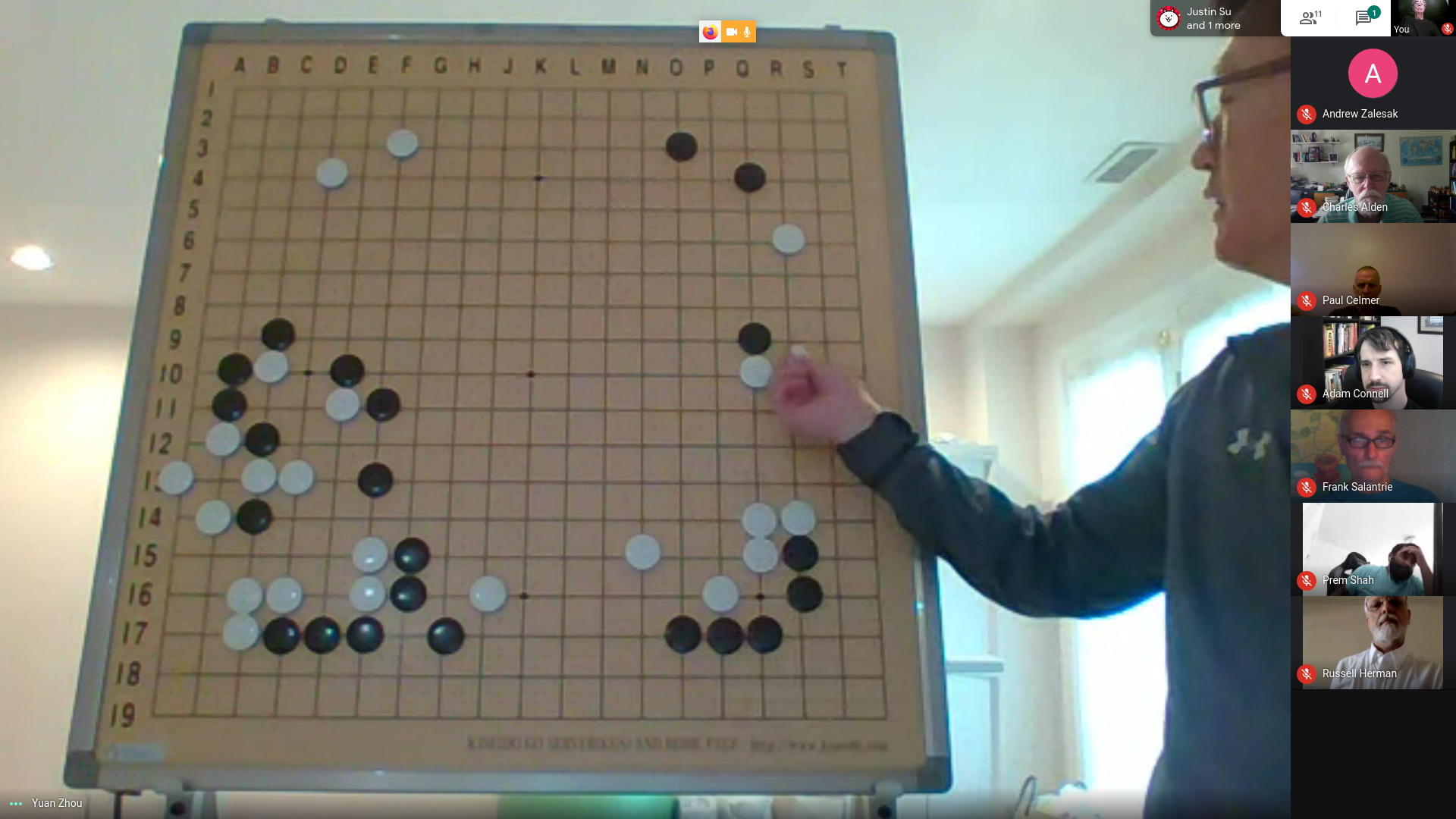 10 enthusiastic North Carolina Go players attended an online Yuan Zhou workshop on Sunday, May 24th. We usually host teacher Zhou in our fair state, but the COVID-19 pandemic convinced us that an online event would be better this time.

Laoshi Zhou explained an exciting pro game played August 5th, 2019, between Park Yeong-hun and Han Seung-chu. It was especially interesting to see the influence that AI continues to have on professional play, and the exceptions to the AI way. Interlaced with the lecture topic were helpful hints on how we may incorporate successful ways of thinking to improve our own games, with emphasis on balance, knowing the score and acting accordingly. Teacher Zhou put special emphasis at understanding joseki in light of new insights from AI, including new ways to look at the double approach against a stone at the corner star point. "We can learn from AI, but AI can't talk. We still need humans to interpret, and understand the Go truths." Yuan said. 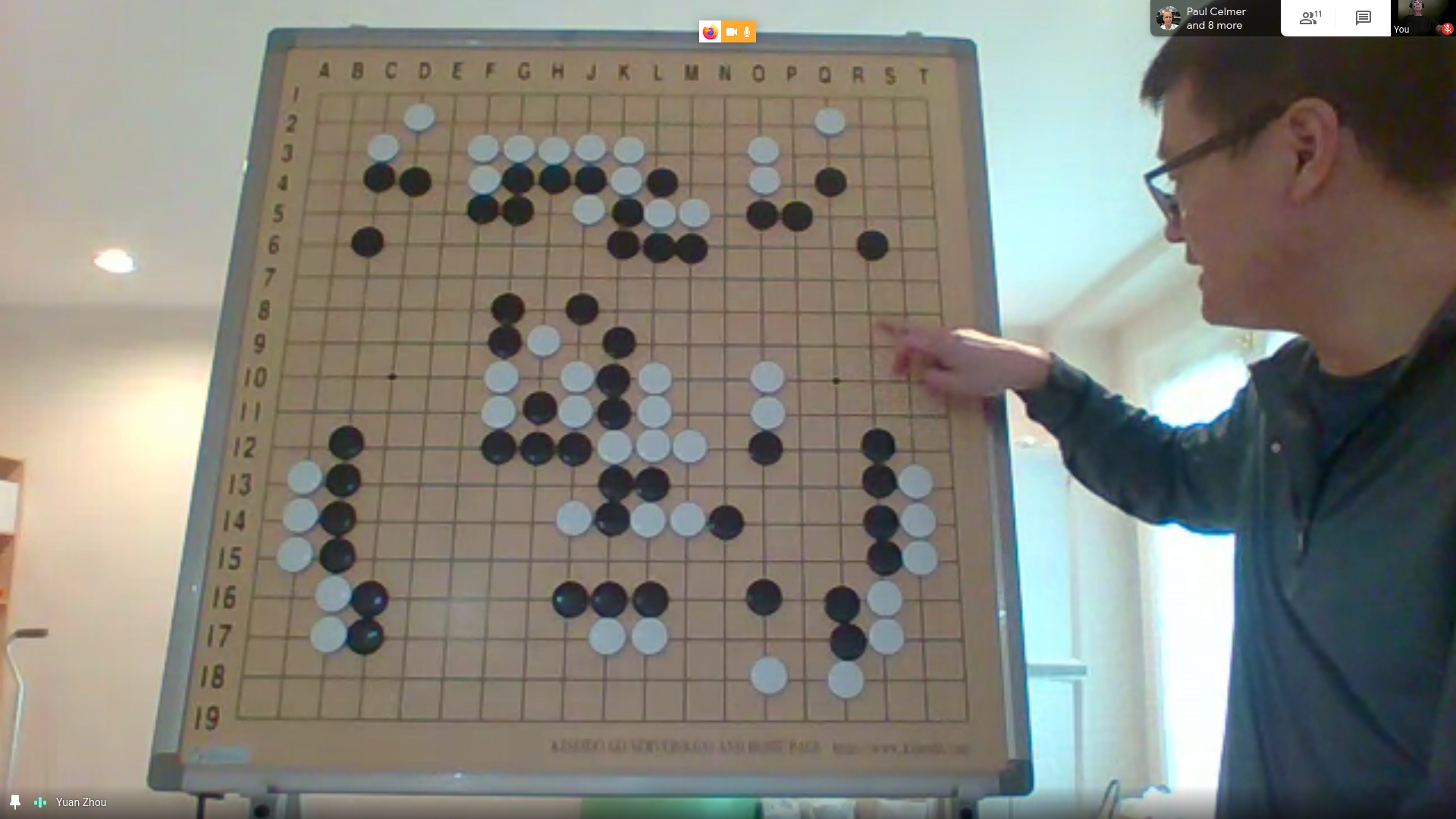 Our teacher also spent many hours going over games that the workshop participants had played with each other in preparation for the workshop. Laoshi Zhou advised "Players should play their own ideas and not follow each others. At its essence, Go is about freedom." I know I learned a lot from this workshop, and feel that my play will improve, thanks to Yuan Zhou's explanations and suggestions.

We were taught much in a brief period of time and the online format worked well, except for a few minor microphone problems on our end. As always, I look forward to the next event with Yuan Zhou.

The workshop was sponsored by the American Go Foundation and the Triangle Go Group of North Carolina. 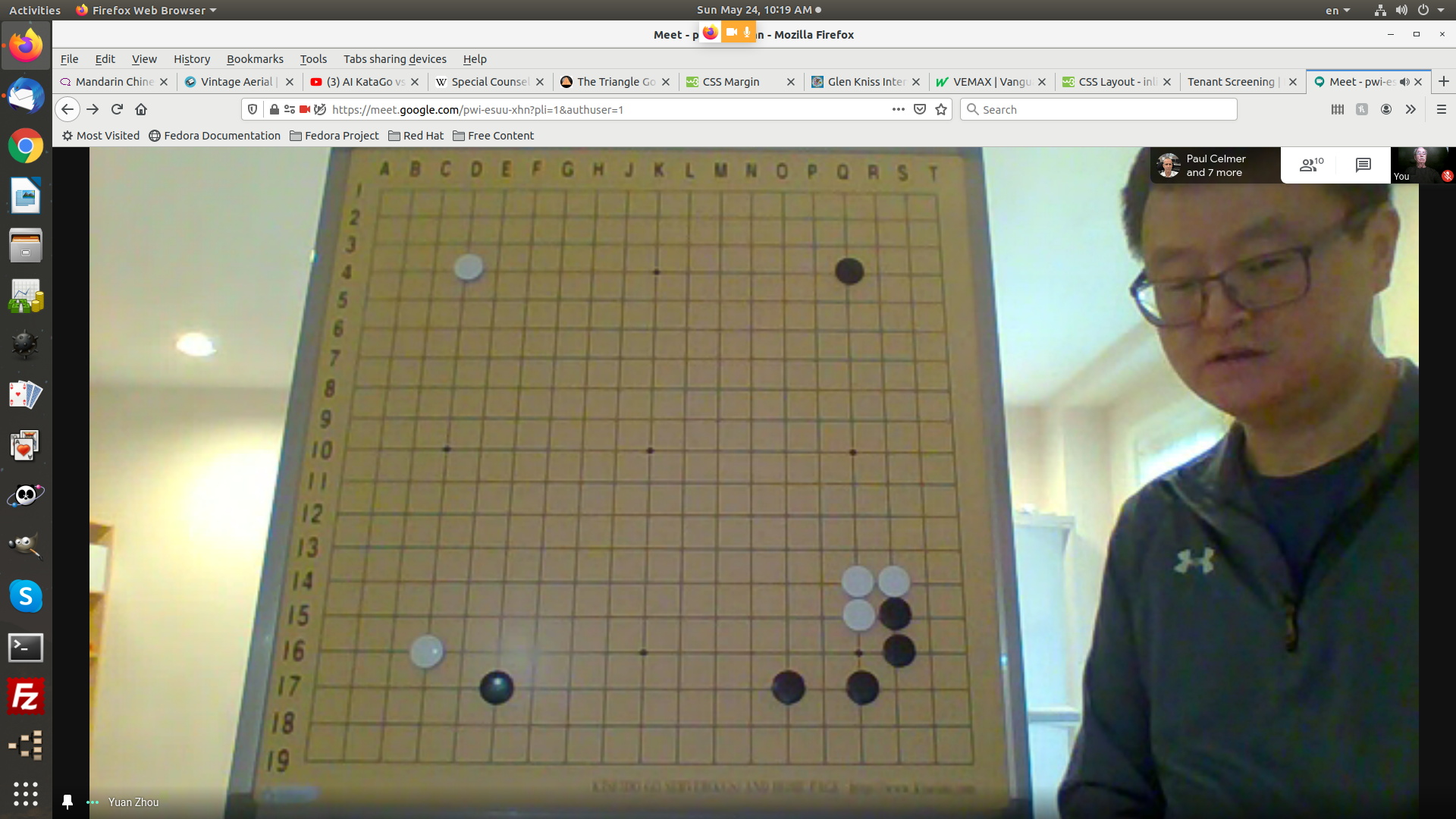