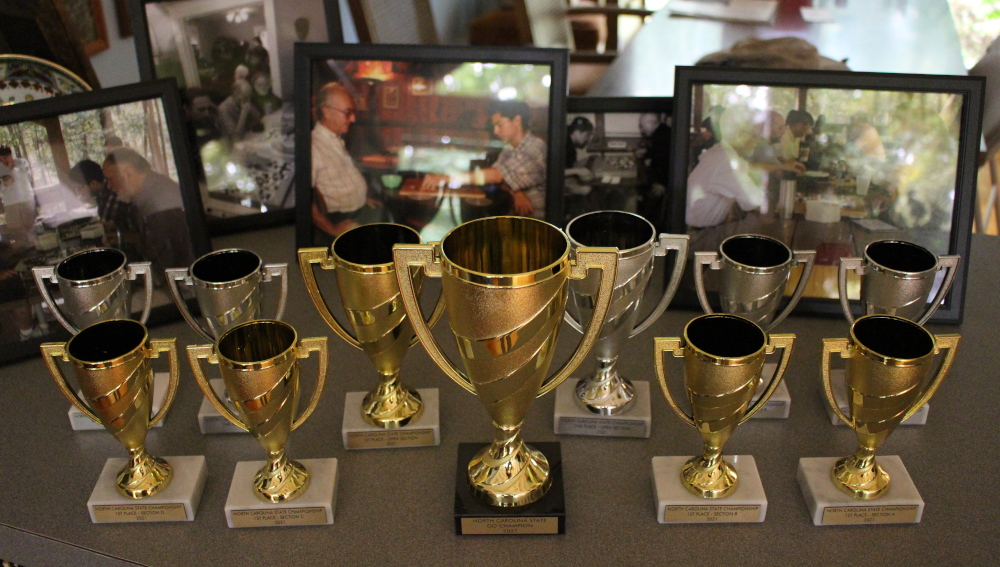 42 Go enthusiasts participated in this tournament with players from North Carolina, Tennessee, New Jersey, New York, Delaware and Illinois. We welcomed an unusually large contingent of Dan players, with 23 entrants rated between 1 Dan and 7 Dan. We were especially impressed by and appreciated the presence of Richard Hugh, a 93 year young Go player who played well and lifted everyone’s spirits. He was the unofficial champion of the tournament. 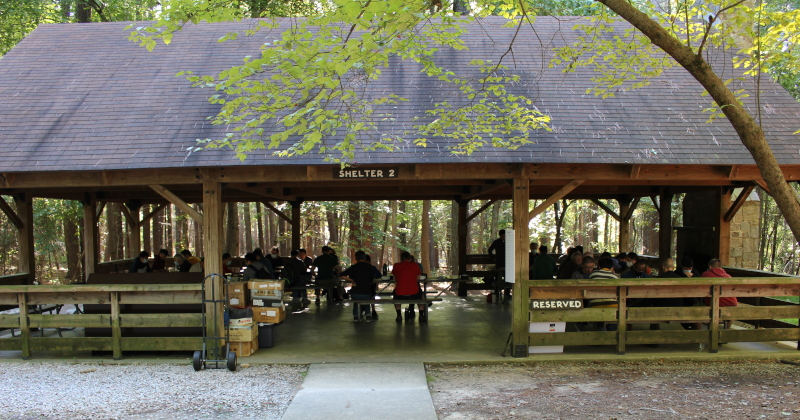 The 1 hour, 5 30 second byo yomi games took place in an open air shelter in beautiful Umstead State Park. Masks and hand sanitizer were provided and their use encouraged. All participants were required to be fully vaccinated against Covid-19. Lunch was provided both days courtesy of the hosting club, the Triangle Go Group.

Jeff Kuang was the Tournament Director and the tournament ran smoothly, as always. Trophies and cash prizes were awarded to 5 sections, topped by the very competitive open section. The previous NC State Champion, Chen An, was unable to compete due to academic demands but he visited Sunday and played an exciting game with the Yi Li, our new State Champion.

Section D, with players 9 kyu and lower was won by Bhaskar Bharath and Russell Herman, who tied for top honors. Justin Su came in second.

Section B, 1 kyu to 5 kyu, was won by Stephen Choung, followed closely by Robert Qi in second place.

Section A, 3 dan to 1 dan, enjoyed great competition and the victory of young Huo Sheng. Second place was a tie between veterans Nianci Gan and Suyoung Yoon.

And in the Open Section, 7 dan to 4 dan, Yi Li, an undergraduate student at Duke University, handily won the section and became the new North Carolina State Champion. Second place was secured by another outstanding player, Alexander Qi.

Thank you to all participants and especially to Adam and Arlene Bridges who coordinated and provided the lunch fares. 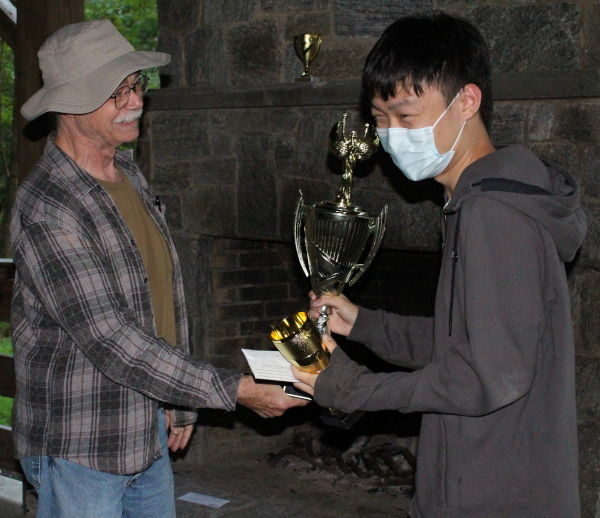 A grid of all players, their records, and results of each round appear below. Photos from the tournament are posted here.